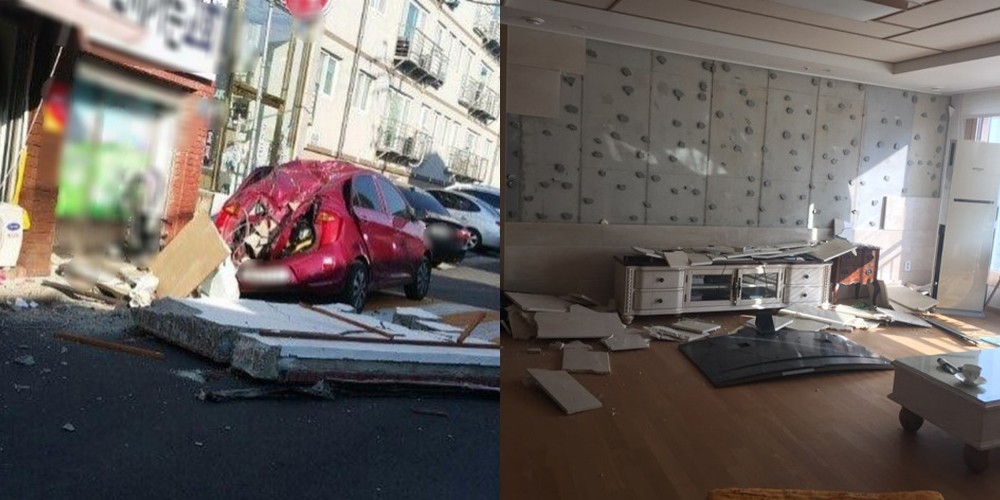 On November 15, a magnitude 5.4 earthquake struck the city of Pohang, a southeastern coastal region of South Korea.

So far, there have been no reports of fatal casualties with 7 minor injury cases as of 4:32 PM KST, but it seems the earthquake did take a toll on building exteriors, vehicles, and in some cases, indoors. Witnesses stated that the earthquake could be felt in Seoul, more than 300 kilometers away, including at Gwanghwamun.

‘Dispatch‘ has compiled photos posted online by netizens who were in Pohang during the phenomenon. The Pohang earthquake is the strongest Korea has experienced since 2016, after the magnitude 5.8 earthquake in Gyeongju.

Check out the ‘Dispatch’ photos below.

This site uses Akismet to reduce spam. Learn how your comment data is processed.